A course in Yorkshire hosted by Rosemary & Co Brushes

Jeremy Lipking is one of America’s most highly regarded realist artists. He belongs to a generation of painters, who have benefited from the preservation of knowledge and teaching in drawing and painting from life that can be found in the US. The proficiency and technical skill of Lipking and his American peers leaves many of the UK’s leading figurative artists in the shade. With more people discovering their work online, these US artists have played a major part in the re-emergence of representational art in recent years.

I first became aware of Jeremy Lipking when I began my own training over a decade ago and I have greatly admired his work ever since. When I found out back in January, that he was coming to the UK to teach a landscape painting course hosted by the people who make my favourite brushes, I signed up immediately.

As an urbane South Londoner, I have often been discouraged by the logistics of outdoor painting. I am much more comfortable working in the studio. However, the opportunity of learning from one of my favourite artists was to too good to miss. So I invested in a pochade box, prepared some boards and headed North.

The locations chosen for the course around Rosemary & Co HQ in Yorkshire, were absolutely stunning and got better each day. I often found myself torn between two or three different views. Not what I’m accustomed to in the parks and other suburban surroundings I usually paint in.

Each day would begin with a demonstration by Jeremy lasting a couple of hours. We would then go off to find our own spots and paint for the rest of the day. Jeremy would come around offering critiques and advice. 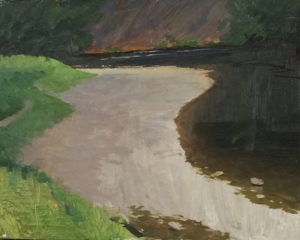 The River at Bolton Abbey by Jeremy Lipking

Jeremy possesses immense skill. As well his controlled and delicate brush handling, what struck me watching him work was his ability to render textures and details so convincingly, achieving incredibly lifelike effects very quickly (check out the beach in the foreground above).

His advice pretty much covered everything I could remember from Carlson’s Guide to Landscape painting and more. Aerial perspective, how colours get lighter and cooler as they recede into the distance. Placing information in the foreground to lead the eye in and imply distance from the main area of interest. Using tracks and other lines to indicate the shape and direction of the landscape. Making features that are nearer to you, like rocks and trees, larger than those in the middle ground (even if they do not actually appear so) in order to show perspective. The same principle applies to clouds, placing the bigger darker clouds in front of the smaller. Jeremy likened clouds in the sky to looking up at the underside of a glass table with objects placed on it.

And these were just some of the things I remember him saying. Whenever he came around, his comments and the things he pointed out significantly improved whatever I was working on. His manner is down to earth and self-effacing and yet he was still able to impart more knowledge than any of the tutors I’ve met here in the UK.

Another major highlight of the course was meeting Rosemary and her team in person. I have been using their brushes and recommending them to others ever since finding out about them. This was based purely on their performance, without knowing anything about Rosemary herself or her background. But since seeing her in action I now know why her brushes are so good. She is basically a Zen master of brush manufacture! 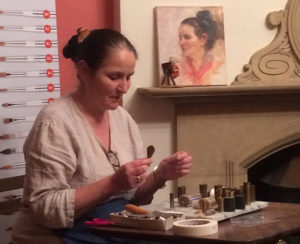 All in all, a very inspiring and enjoyable experience. Not to mention the pleasure of meeting and hanging out with an amazing bunch of like minded artists. I am now definitely feeling more inclined to travel further afield in search interesting spots to paint. Watch this space… 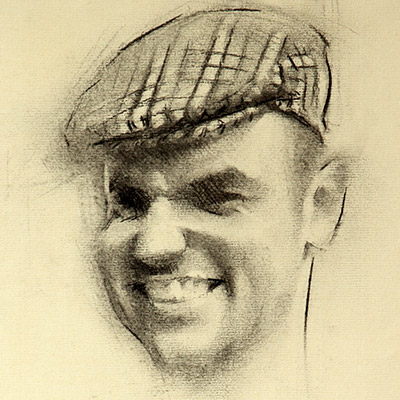 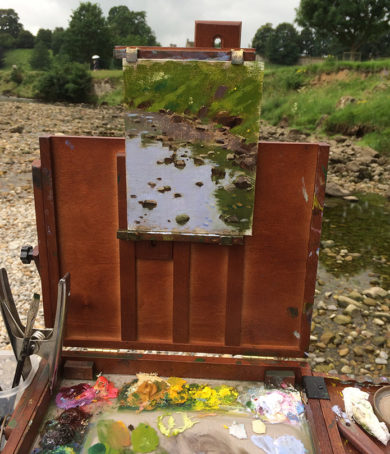 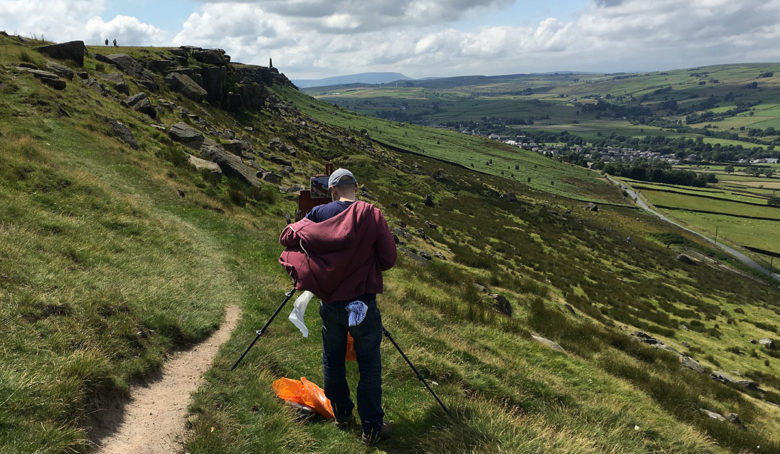